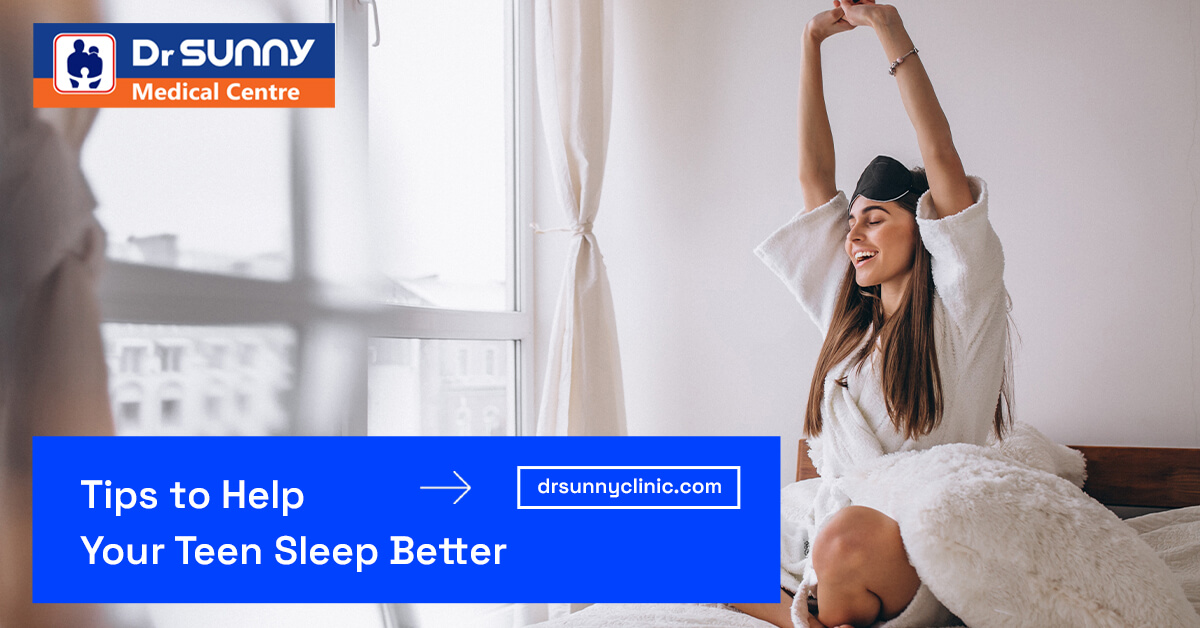 Scrolling through social media pages and texting friends till late night has become a second nature of the teenagers in this internet era. But, all these habits are causing sleep deprivation in teenagers and this in turn is causing long-lasting health issues among them. Healthy sleep is associated with the development of the brain during the growing years of a toddler and it is equally important for the adolescents as well.

Disruption of sleep can have several negative impacts on your child’s mental as well as physical well-being. From affecting their ability to concentrate and perform well in academics to mental health issues including anxiety and depression, all have been linked to poor sleep patterns. For teens above 18, with driving licenses deprivation of sleep can be the cause of increased risk of car accidents.

In this blog we are mentioning a few handy tips to help teenagers sleep better, parents should pay heed to these tips:

Discourage your children from taking energy drinks that contain much higher levels of caffeine than regular tea and coffee.

Ban Use of electronic gadgets in bedroom

Not being able to stay away from social media and other gadgets has been considered as the topmost reason behind irregular sleep patterns in teens. Some research also suggests that light exposure from screens also cause sleep delays. That is why not allowing them to take phones to the bedroom can help your child to get a good sleep.

Afternoon naps can make it harder to fall asleep during night and also break up sleep, thus it is advisable to discourage your teens from sleeping during the day.

Let your teenager follow a bedtime routine that will help them de-stress as well as get their bodies into sleep mode. Like taking a shower before bed or reading a good book.